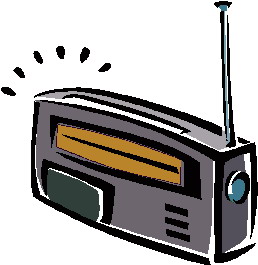 You may have noticed that you local commercial station is probably talking about listing figures this morning, or maybe not if they are not as good as expected. However why are listening figures and commercial radio so important? It all comes down to business!

The radio stations in the UK all use something called RAJAR which is a measure of radio listening. I won't go into the details of how they set about this process, however it is these results that come out each quarter that can have a massive impact on a commercial radio station. This is because unlike the BBC the commercial stations are funded by the advertisers and the adverts that they carry on their stations. The amount that the advertisers pay for each slot depends on the number of listeners that each station claims to be able to reach.

If a radio station is successful and has more listeners, then it can charge more. This is known as a rate card and typically will be based on a set number of adverts of a set period of time. Of course if it is not as successful then a station may find that it can no longer charge such rates and will have to cut the cost of advertising. This of course will see the revenue decrease for the commercial stations and as such could reduce profits or mean that they need to look to reduce costs.

The best way to highlight this is with an example;

However, the latest Rajar figures come out and Bee Radio has seen its listeners fall to 100,000 listeners. As an advertiser you would not be happy being charged £10,000 to reach less potential customers, so as a result you would want a discount. This could mean that Bee Radio has to now sell the same package for £6,000 just to keep the advertisers (customers) happy. This of course means that Bee Radio is now £4,000 worse off in revenue terms.

There are many different factors that would have to be considered by the advertisers. It would also consider the target market of the station as if you are a company aiming at the most wealthy, their is not much point advertising on a station that mainly is listened to by students and the unemployed. This is where the use of target marketing and demographics really come into their own.

However next time you hear a station talk about listening figures, now you understand the business logical behind all this boasting!

If you want to learn more about Rajar and how your commercial station is performing, you can find out more here.