Tesco is to launch its first own-brand smartphone by the end of the year.

The BBC understands the phone will run Google's Android software, and the specification will be comparable to the Samsung Galaxy S5,

The smartphone plans follow the launch of a Tesco's tablet, the Hudl - which has sold half a million units so far.

A refreshed version of the Hudl tablet - the Hudl 2 - will be released in September, Mr Clarke said.

The Hudl tablet entered the the lower end of the market, priced at £119 and competing with devices that had relatively low specifications.

However, the smartphone is expected to be comparable to the higher-end of the market - but aggressively priced.

Mr Clarke also gave a broad hint that he intended to stay on as Tesco's chief executive until 2020.

"I think normally in Britain people like me retire at 60 and that gives me another six years."

He said his role attracted "incredible scrutiny" and joked that he was "never short of people telling me how to do my job".

But he denied suggestions that his style, since taking over as chief executive, had been responsible for a succession of senior departures from Tesco, with finance director Laurie McIlwee the latest to announce that he's leaving.

"Look at any team and how it evolves," said Mr Clarke.

"When you get a leadership change it's inevitable that people will want to think about what that means for themselves.

"But I have a very strong management team - some have been here 20 or 30 years and some have come in the last two or three."

Mr Clarke also coined a new phrase - "New Tesco" - to sum up his effort to change the company's focus away from huge stores and on to smaller shops that are more focused on the particular needs of a local community.

He said Tesco would open 12 big stores in the coming year, but no more of the huge Tesco Extras. 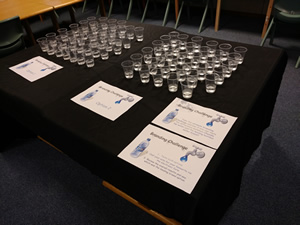 It was the ultimate branding challenge.  Take one commodity brand and pitch it against the basic alternative. Does the power of branding really make that much difference when it comes to your choice of water.

This year BeeBusinessBee set about the ultimate challenge. Can people really taste the difference between a leading brand of bottled water and pure tap water?  The feeling in the hive was that this would prove difficult and maybe highlight that it is the packaging of the product and some of the perceived benefits of the bottled water that convinces people to choose bottle water, over tap water.

However after what proved to be quite an extensive survey it appeared that a majority of people could taste the difference and identify the branded water from the challenge. It appeared that the inclusion of additives to tap water from the water companies could actually be tasted, maybe proving that some of the perceived benefits of bottled water such as “being pure” could actually be tasted by the customer. 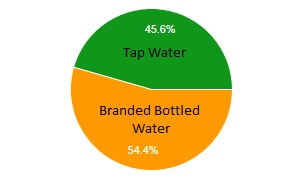 The world's largest beverage-maker, Coca-Cola, plans to remove a controversial ingredient from some of its drinks brands by the end of this year, following an online petition.

Brominated vegetable oil, or BVO, is found in Coca-Cola fruit and sports drinks such as Fanta and Powerade.

It will be replaced after concerns that an element of the additive is also found in flame retardants.

A Pepsi spokesman said it also had wider plans to stop using BVO and had "been actively working to remove it from the rest of our product portfolio".

“The safety and quality of our products is our highest priority”

Pepsi uses the ingredient in its Mountain Dew and Amp Energy drinks.

Coca-Cola spokesman Josh Gold stressed the move to remove BVO was not an issue of safety.

"All of our beverages, including those with BVO, are safe and always have been - and comply with all regulations in the countries where they are sold," he said in a statement.

"The safety and quality of our products is our highest priority."

BVO has been used as a stabiliser in fruit-flavoured drinks as it helps to prevent ingredients from separating.

The health concerns stem from the fact BVO contains bromide, which is found in brominated flame retardants.

According to medical researchers at the Mayo Clinic, excessive consumption of soft drinks containing BVO has been linked to negative health effects, including reports of memory loss and skin and nerve problems.

BVO was dropped from the US Food and Drug Administration's "Generally Recognized as Safe" list of food ingredients in 1970.

However, drinks companies are allowed to use BVO at up to 15 parts per million.

In Japan and the European Union, the use of BVO as a food additive is not allowed.

Coca-Cola said it would switch to using sucrose acetate isobutyrate or glycerol ester of rosin, which is commonly found in chewing gum.

Coca-Cola's decision to remove BVO from its drink reflects a growing move among companies to reconsider certain practices due to public pressure.

The campaign against the use of BVO was begun by Sarah Kavanagh, a teenager from Mississippi, who questioned why the ingredient was being used in drinks targeted at health-conscious athletes.

Thousands of people have since signed her online petition on Change.org to have BVO removed from drinks.

Following Monday's announcement by Coca-Cola and Pepsi, Ms Kavanagh was quoted as saying: "It's really good to know that companies, especially big companies, are listening to consumers.'' 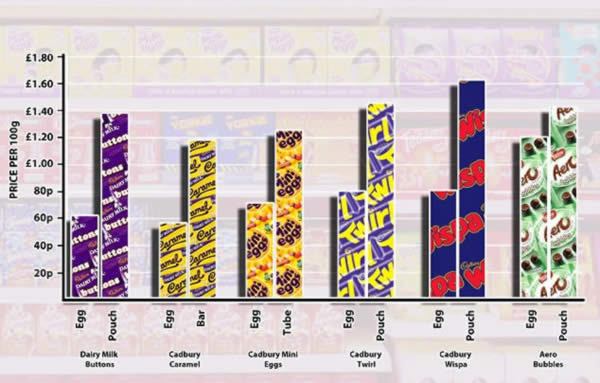 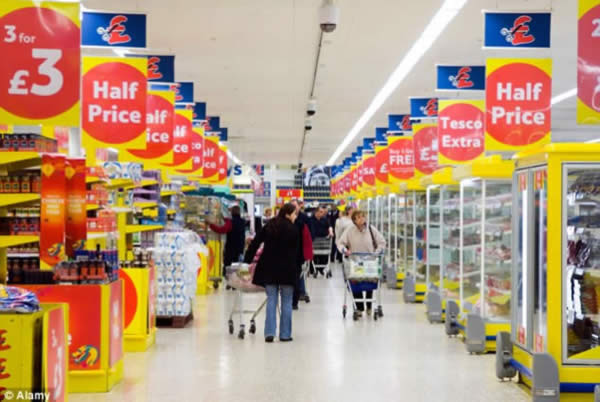 From ‘wobbly’ signs to red stickers and even beer placed by the nappies, supermarkets are using an array of mind games to trick shoppers into busting the family budget.

Experts at consumer group Which? sent customers into the big four chains wearing eye tracking headsets to see how they are influenced by the way stores and shelves are laid out.

The guinea pigs all carried a shopping list and had a firm idea of what they needed. However, they all came out with many more items and a bigger bill than expected.

The experiment has lifted the lid on the psychological warfare waged by stores to subconsciously steer customers towards the products that deliver the biggest profits.

Market Segmentation is when a business will break up their target market into smaller sub sections, or segments. This is why an image of an orange is used, as this is made up of segments.

This is because not all customers of a product will have the same interests, tastes or hobbies. As a result companies and brands will tend to look to using different methods of promotion to appeal and interest different types of customer.

A company that makes sportsware clothing could have many different potential customers such as:

As a result they will need to find different ways of marketing that will appeal to each of these target customers. So this sportsware clothing brand could use the following methods of promotion to reach each of the potential customer bases;

When a company charges a low price (usually when the product is new) to try and increase sales and market share in the short term. They usually do this when they have a large amount of competition in the market already.

When a company charges a high price to only appeal to select customers who have a large amount of money to spend. They will typically do this when a product is new and then bring the price down over time.

When a company sells one of its products at a loss, with the long term aim that once a customer buys one item, they will by others which are priced up at full price. This will work best when one product will compliment another.

When a company will just use the same price that its rivals use. This typically happens where they have confidence that the features or added value of their brand will outsell their rivals.

You have probably been reviewing a number of different methods of promotion that exisit for businesses to use as part of your Business Studies course. However you may not have seen examples of some of the methods that you have covered before. This is why below you can find some good examples of different uses of the promotional methods that you have covered.

Learn all about Price Elasticity of Demand (PED) with Bee the Business Bee.

Watch the video tutorial below, before downloading the worksheets that are included with this lesson. If you have any questions about this area of the course, please feel free to post you questions and comments in the area below.